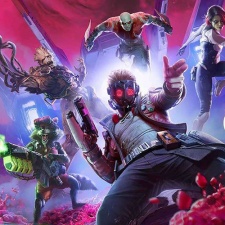 The firm announced a Guardians of the Galaxy title from its Eidos Montréal studio. This is a third-person action title that's set to launch on October 26th of this year.

“The Eidos-Montréal team is honoured to have the opportunity to work on such an iconic franchise alongside our trusted collaborators at Marvel Entertainment,” Eidos Montréal studio head David Anfossi said.

“Our teams are known for revisiting IPs and bringing their own twists and craft to the stories and the art surrounding them. As you will experience, it’s no different for Marvel’s Guardians of the Galaxy.”

Marvel Games EVP and boss Jay Ong added: “A distinct mix of sci-fi, family drama, and rock n’ roll attitude with an edgy aesthetic is the foundation for our Guardians franchise. We are thrilled to collaborate with Eidos-Montréal knowing they are the team that can deliver on this core promise. The team’s laser-focused vision for our beloved band of misfits shines in Marvel’s Guardians of the Galaxy. We are excited for our fans to play it this October.”

This comes in the wake of Square Enix's Avengers project, which launched in September 2020. That title initially failed to meet the company's expectations, with the firm reporting a $62.7 million operating loss partly off the game's performance. Since, Square Enix has reported a 40 per cent increase in revenue from its games business, partly driven by Marvel's Avengers.