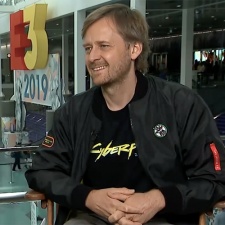 Board members at Polish games firm CD Projekt were awarded millions of dollars in bonuses in spite of the botched launch of Cyberpunk 2077.

That's according to Bloomberg, which reports that five members of management were given a total of $28 million in bonuses. CD Projekt operates an annual profit-sharing scheme, with 20 per cent going to staff. 10 per cent is awarded to the board; the other 10 per cent is given to employees.

This comes after in the wake of Cyberpunk 2077's troubled release in December 2020, with the game launching in a very poor state. At the start of 2021, CD Projekt co-founder Marcin Iwiński (pictured) said that management was responsible for the game's car crash launch, saying that it was the board that pushed to release the title at the end of 2020 and that regular developers were not to blame.

Curious then that management are being awarded millions while other staff – the ones having to fix the game – are being given a smaller slice of the pie.

Despite its troubled release, Cyberpunk 2077 still sold 13.7 million copies between its December release date and the end of 2020. CD Projekt claims to have refunded around 30,000 copies of Cyberpunk 2077, though this doesn't take into account customers who refunded the game via third-party platforms like PlayStation and Xbox.