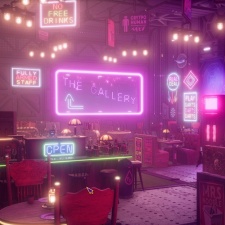 Developer Studio FOW's title debuted on March 26th and launched into Early Access, following a Kickstarter campaign during 2019. Subverse is nominally a parody of sci-fi RPG's like BioWare's Mass Effect.

Valheim is the best-selling game of the week, again, while Valve's own Index VR headset takes No.3. That company's virtual reality title Half-Life: Alyx returns to the Top Ten in fourth place, while Valve's Operation Broken Fang DLC for Counter-Strike: Global Offensive came in eighth.

Pre-orders of Square Enix's Outriders were the fifth highest-selling game of the week, while Grand Theft Auto V came in sixth. It Takes Two from developer Hazelight – released via Electronic Arts' EA Originals indie label – debuts at No.7; as a reminder, that title's director Josef Fares has said that he'll give anyone who gets bored of the game $1,000. Meanwhile, Polish games giant CD Projekt rounds off the Top Ten with the Game of the Year Edition of The Witcher 3 in ninth and Cyberpunk 2077 at No.10.