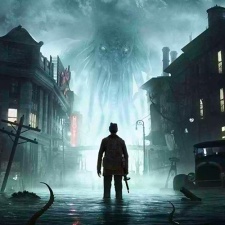 Update: In a post on its website, Nacon has refuted accusations that it "pirated" The Sinking City and has said it wants to set the record straight over what it calls "unjustified accusations" from developer Frogwares.

The French publisher claims that it has paid any money contractually owed to the studio and that it had tried to have Frogwares put The Sinking City back on Steam. Nacon also claims that Frogwares attempted to put the game back on Valve's platform without any mention of Nacon.

The firm also says that Frogwares will receive revenue from sales on Steam if they release the game on the platform again, presumably an incentive for the developer to return the game to this storefront.

"Nacon obviously regrets this conflict, for which it is not responsible, and for which it did everything possible to avoid," the company wrote.

"Nacon regrets all the more that Frogwares has demanded the withdrawal of the game from STEAM, thus depriving the gaming community of the unique experience provided by The Sinking City.

"Nacon reserves the right to take legal action against Frogwares for its aggressive and prejudicial comments. Frogwares has been careful not to indicate that all court decisions in the dispute between Nacon and Frogwares have thus far been favorable to Nacon."

Original Story: The Sinking City developer Frogwares has pulled the game from Steam once again.

Speaking to Vice, Valve's VP of marketing Doug Lombardi said that this was due to an on-going legal dispute between Frogwares and the game's publisher Nacon. The studio issued a DMCA strike to have the game taken down.

This follows a post on Frogwares website, in which the studio said that the version of its release that had recently appeared on Valve's platform was a cracked edition. This comes after Nacon apparently refusing payments to Frogwares for The Sinking City – apparently to the tune of €1 million in royalties – with the developer pulling the game from release as a result.

A French court order issued in October said that Frogwares had acted unlawfully, and that The Sinking City should return to storefronts. However, the studio claims that Nacon's demands to have the master copies of the game have been refused by the French justice system on two occasions, with a final decision apparently pending.

Frogwares claims that the version of The Sinking City that appears on Steam hasn't come from them; rather, it is a cracked version of the game. The developer even alleges that Nacon's CEO Alain Falc threatened to do something similar in December 2020 if Frogwares didn't hand over the master, later buying a copy of The Sinking City from retailer Gamesplanet and uploading it to Valve's service.

This is apparently the third time that Nacon has done something shady and untoward like this.

"Nacon decided to steal and pirate our game and they did so while leaving giant digital footprints," Frogwares said.

"Nacon has proved they are willing to do anything possible to serve their interest, including illegal actions. They ignored the decision of the Justice and bypassed them, pirating The Sinking City in order to deceive their partners, Steam in the first place.

"But what is the bigger picture now? What happens now that our contracting party stole our assets and can use them their own way without any limits?

"There are long term damages we need to take care of, Nacon unpacked our data, stole our source code and used it. Nacon can create a new version of The Sinking City using our assets; they can resell, reuse, recycle our content and our tools etc.

"We have to take the measure of what happened now and follow the best path on the legal side to prevent anything like this happening again.

"The owner of Nacon, Alain Falc will have to face the legal consequences of the decision of pirating and stealing Frogwares property. Incidentally, Intellectual property laws in France are rather serious and can lead to up to 7 years in jail and 750000 euros of fines plus damages as the article 335-4 from Intellectual property code points out."

The Sinking City returns to stores thanks to French court ruling