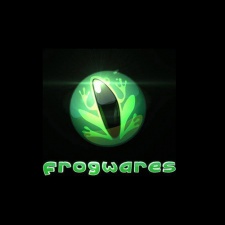 The Ukrainian developer of the Sherlock Holmes Frogwares has announced that it is going to be self-publishing its titles moving forward.

Speaking to GamesIndustry.biz, CEO Wael Amir said that this had been something the company had been considering for some time but its plans were sped up by the falling out that it had with French publisher Focus Home Interactive. Frogwares' distribution deal with Focus ended with the publisher removing a number of the studio's titles from digital storefronts.

Frogwares owned the IP for its titles meaning it has the freedom to do what it wants.

"Frankly, we've been aiming to go self-publishing for a long time, and the situation you are referring to hasn't affected our decision, only reinforced the notion it's best we do it," Amir said.

"We just wanted to be sure that we were 'there', that we had it in us to make the jump, meaning that we had enough resources to go in this direction. Now that we have a publishing team inside our studio, we feel quite excited about the opportunities self-publishing might provide."

Amir also said that seeing similar companies, like Ninja Theory and CD Projekt, self-publish gave it a degree of confidence.

"I think the first clue was in the 2010s when digital distribution really started gaining weight, and now it has clearly solidified itself as a totally viable distribution route," he said.

"With digitisation, and gamers accepting the move to digital software, you no longer needed the middle-men when it came to distribution. You can set up our own storefronts, do your own marketing and keep your IP's, storefronts, and promote the game the way you want to, and release it in a state and time that you want. Digital storefronts, especially like Steam allow you to talk to people and sell our product directly to them. And as we all saw, small indies absolutely pounced on this and many flourished.

"But then the next indicator was seeing bigger double- and triple-A studios actually taking the risk of self-publishing and seeing it pay off spectacularly. Ninja Theory, Bluehole, 11bit, Techland, CD Projekt, etc. -- all struck out on their own, found success, and then built up a strong foundation to allow them to carry on being independent and producing games with 100-plus people teams."

The Sinking City returns to stores thanks to French court ruling