Microsoft Flight Simulator has over two million players so far 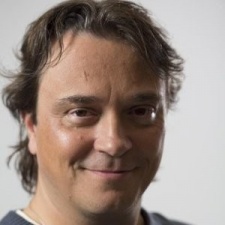 The latest entry in the Microsoft Flight Simulator series has attracted more than two million users to date.

That's according to the head of Microsoft Flight Simulator, Jorg Neumann (pictured), who wrote in a post on Xbox Wire that this was the quickest entry in the franchise to reach this figure. Not only that, it is the biggest launch for Xbox Game Pass on PC as of yet.

Microsoft also points out that more than 9.7 million hours of the game have been watched on streaming platform Twitch.

"As we’ve said time and time again, our launch in 2020 was only the beginning of our journey with Microsoft Flight Simulator," Neumann wrote.

"We are excited to carry this momentum into 2021 – we will launch on Xbox Series X|S in the summer, we are planning three large updates to the simulation, and we will update the world four-to-five times with additional World Updates, as well as a few other surprises we have planned."

Microsoft Flight Simulator was released on August 18th, with the game racking up one million users by the start of September. Ahead of launch, Jon Peddie Research said that the title would help shift $2.6bn in PC hardware sales. That was based on the game selling 2.27 million copies in its first three years in the market. There's no word on what kind of an impact Microsoft Flight Simulator has had on PC hardware sales as of yet, but it's close to hitting that bar just four months after launch.