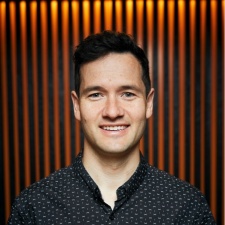 In a post on the company's website, the firm said that this funding was led by Sequoia Capital India's Surge and Makers Fund, while Play Ventures, GameTech Ventures and Machinefloor also took part. The plan is to use this cash to make mod support simpler for game developers, with Mod.io looking to improve the functionality of its platform.

"User generated content has the potential to become the next big thing in the gaming industry," co-founder Scott Reismanis (pictured) said.

"But it needs to be accessible, cross-platform, and safe, with detailed metrics, creator events, and marketplaces attached. We're here to push the boundaries with UGC, and enable game developers to do the same."

Mod.io was founded in 2019 by Reismanis and Patrick Sotirou. So far, the company claims that more than 50 games use its tech, including those on PC, Xbox, iOS and Android. Mod.io has been downloaded 65m times. Titles using the platform include Insurgency: Sandstorm, SnowRunner, Totally Accurate Battlegrounds and Skater XL.

The importance of modding and user-generated content in the metaverse