The importance of modding and user-generated content in the metaverse 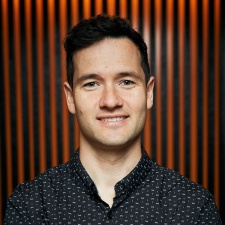 Scott has 20 years of experience as a web engineer and entrepreneur, co-founding mod.io, a cross-platform mod SDK for games, DBolical, a network of community-driven websites for game developers to collaborate and Desura a digital distribution marketplace (acquired by Linden Lab in 2014).

Passionate about video games and creator economies, he continues to participate in the communities he created, which through ModDB.com and IndieDB.com reach over five million unique readers each month, positioning them among the most popular gaming sites in the world.

Most recently Scott launched mod.io, an API for developers to support modding in-game, with the strong belief that enabling creativity and empowering users, is pivotal to drive long-term success, in a market dominated by studios that focus on continual content updates for their players.

User-generated content is already a powerful force in games. It will become even more important as we move towards those shared online spaces called the metaverse.

Mod.io, from the team behind ModDB, is the leading user-generated content platform for game creators. This service identifies as “the only live platform of its kind supporting the gaming industry”. We spoke with the founder of ModDb and mod.io, Scott Reismanis, about how important user-generated content will be for the video games industry’s future, including the much-discussed metaverse.

“At mod.io we love the idea of enabling mini-metaverses, by giving game studios all of the tools they need to run a collaborative ecosystem of their own," he says. "We don’t necessarily buy into the notion that there has to be one metaverse to rule them all, as everyone has different tastes and being able to choose which mini-metaverses you participate in seems like an awesome thing to us."

Reismanis continues: "No matter how the metaverse takes shape, UGC will be a core building block that gives it its personality, authenticity and scale. Encouraging creativity and allowing freedom of expression through UGC is something all metaverse experiences should be striving to do. We’ve honestly barely scratched the surface of what we believe UGC will become, and helping studios confidently take that step and work in unison with their playing community to innovate, is a challenge we’re excited to take on.”

2021 has been a good year for mod.io. Earlier in the year the firm secured an investment of $26 million, which it will use to continue to fuel user-generated content in games. The platform experienced 300% year-on-year growth during 2021 with over 177 million mods downloaded since the start of the year.

PCGamesInsider.biz: Please tell us about your founding. What service does mod.io provide?

Reismanis: We founded mod.io in 2017 with the goal of providing studios with an official cross-platform modding solution for their creator communities. We’re now powering mods in 80 games across PC, consoles, and mobile, with a million pieces of user-generated content submitted so far, downloaded by 400,000 users daily.

We’re laser-focused on offering the best modding solution for studios, bringing UGC to more games, and ultimately opening up more opportunities for creativity to players. Studios have access to detailed metrics and analytics, giving them invaluable insight into trending content, along with tools to surface the best content and reward top creators through contests and featured content.

By making mod support easier for studios to adopt on every platform and device, we’re empowering the next generation of creator-driven economies. We’re already seeing the fruits of this with mods on Xbox and PlayStation for games including SnowRunner, SkaterXL and Space Engineers, where engagement with UGC is 5x that seen on PC, the traditional home of modding.

How important is user-generated content when it comes to a game’s longevity?

UGC has huge benefits for both developers and players, by extending the shelf-life of games and providing a steady stream of fresh, engaging content to fill the gaps between official content releases or even replacing them altogether. This is critical, especially for studios who may not have the time or resources to commit to continuous releases of DLC or content, to retain players and encourage player diversity.

If you ask studios why they want mods or UGC in their game, they’ll focus on the creativity and content produced, and while this is absolutely true, it’s also the end result. The true value of mods and UGC is their ability to create lasting communities, which become a new way for players to engage and personalize their favourite games. It’s the ultimate “companion app experience”, which when done well will build a really strong bond between the game, the lore, the players, and creators - since it can now evolve in interesting collaborative ways.

What will the recent round of Series A investment ($26m announced in November 2021) enable mod.io to achieve?

The investment will be used to further our mission to build the future of UGC. We’re incredibly excited to be working with investors that share our passion to transform and develop the future of an inclusive digital creator community, including Tencent, LEGO Ventures, OIF Ventures, Makers Fund, Play Ventures, Sequoia Capital India Surge, and GameTech Venture.

Current innovation in the metaverse/web3 movement is based on programmatically generated content, we believe the true innovation will come from user-generated content, and we’re heavily investing in R&D to continue knocking down barriers and making official creator communities even more accessible to studios.

You enable developers to see trends in their game’s modding community and who their top modders are. Have you seen this information shape updates and change the direction a game is heading in?

Skater XL’s creator community is a fantastic example of this, illustrating perfectly how games are becoming platforms for player creativity and self-expression, UGC is a perfect fit for that game and skateboarding culture.

We’ve seen the rise of so-called ‘fakeskate’ brands, where digital clothing and items shared within the game have become fashion labels in their own right, being shared by social media influencers, and generating their own community of fans on Instagram, Tiktok and beyond.

The game also features the best maps created by the community, often using these to influence development direction, by including mod content in its official releases. It’s hugely rewarding for content creators to see their work recognised in these ways and gives that sense of validation that modders are looking for.

Has the knowledge of who a game’s top modders are led to jobs?

Having a background as a modder is a fantastic first step for anyone looking to break into game development, either as an indie or with a larger studio. There have been countless examples of this over the years, CD Project Red recently hired a number of developers directly from their modding communities, for example.

We always prioritize hiring from the mod community by advertising our jobs on ModDB. We have people on the mod.io team who are former modders themselves and have worked on large mods for Homeworld, Half-Life, Grand Theft Auto and other games. Their unique insight, knowledge and experience are invaluable, and modders are often highly-motivated self-starters, that welcome a challenge, precisely the kind of team players we love.

How can developers use the mod.io service and what benefits does it have?

We’ve designed our platform to allow studios to launch official creator communities wherever they want, be that in-game, through a website, game launcher, or even in a Discord community through our open Rest API. We recently launched v2 of our SDK and offer plugins for popular game engines including Unreal and Unity, making integration easy and straightforward.

Our platform is unique in bringing cross-platform mod support, live in over 80 games across PC, consoles and mobile, with detailed metrics tracking, fully complaint moderation and discovery processes, and community building tools that allow studios to make UGC a defining feature of their game.

Establishing official creator communities is incredibly important, not only because of the wealth of new content it will bring to games, but because it opens up new channels for games to engage with their player base. By making it official studios can endorse and build a strong relationship with their creators, gain amazing insight, and benefit from a shared passion to expand and personalize the gameplay world being created.

Traditionally mod communities have lived unofficially on the fringes... Our goal has been to demonstrate that mods should be celebrated

Modding used to be something only accessible to PC gamers. Consoles now enable modding of select titles, however. How has this impacted the modding community?

It’s been incredibly positive and validating for us to be the first to open up modding to more players than ever before on consoles. The launch of SnowRunner mods on Xbox and PlayStation far exceeded our expectations, with up to 5x the engagement seen on PC platforms. The vast majority of mod downloads for SnowRunner come from consoles.

Similarly, when Skater XL launched mods on console they saw record-breaking growth, with over one million downloads of UGC in the first 24 hours. These metrics reinforce our belief that not only is there a demand for mods on consoles, but engagement is significantly higher than that seen on PC.

What is the significance of SEGA Humankind announcing official integrated mod support?

For us and the entire industry, it’s a really positive signal that the biggest studios in the world want to make modding a more impactful and integrated part of their games and community.

This is a big deal because traditionally mod communities have lived unofficially on the fringes, which has limited their reach and accessibility. Our goal with mod.io, from day one, has been to demonstrate to studios and all platforms that mods should be embraced and celebrated, and can be safe and a powerful force of growth for their brands and goodwill, and not a threat or risk they should shy away from.

As for Humankind, mods have always been a significant part of the 4X genre, and the game was designed with user-generated content in mind, with a built-in level editor and official mod tools being included with the release.

By using mod.io, Humankind has the ability to provide a unified creator experience that works across all platforms they are releasing on today and in the future including Steam, Epic Games Store, and Microsoft Store.

Amplitude, the games creator, also runs the Games2Gether platform, which aims to involve its community in the game design decisions and mod.io can easily be embedded into. This is a great fit for studios that want to control the touchpoints, and theme their mod community to match their brand and objectives.

Find out more about mod.io on PCGamesInsider.biz and the official mod.io site.