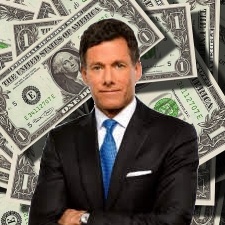 Update: As if we needed any further confirmation, Sony is not looking to acquire Take-Two Interactive.

That's according to Bloomberg's Tokyo tech reporter Yuji Nakamura on Twitter (below), who has heard from the PlayStation firm that no such deal is set to take place.

This is hardly surprising as Take-Two would have cost Sony at least $10bn to buy which is a pretty huge bet for the PlayStation maker - regardless of how much revenue the Grand Theft Auto giant would generate.

Everyone including Wedbush already knew this, but here you go for the record: Sony confirmed to me there's "no truth" to reports that it will acquire Take Two

Check out our original story below for analysis into both how the rumour spread and whether it would make sense for Sony to buy Take-Two.

Original story: Have you heard that Sony is buying Take-Two Interactive? Well, you might have heard wrong.

Reporters at MarketWatch yesterday were trying to find a reason why the 2K and Rockstar parent firm's share price was rising and found what they were after in a trading note from Wedbush Securities' Joel Kulina.

"TTWO M&A CHATTER MAKING ROUNDS...+2.5% - NO SOURCE **UNCONFIRMED**" was the headline of said note, which somehow was turned into the following quote, attributed to Kulina, as reported by GamesIndustry.biz.

"Take-Two Interactive Software stock climbed 4.7 per cent on rumours that Sony Corp. 'is in advanced board level discussions to acquire Take-Two Interactive in a mostly cash deal,' that would value the company at $130 share, according to Joel Kulina, head of technology and media trading at Wedbush Securities."

This news soon spread like wildfire - despite the rumour being entirely unfounded, which is honestly a shocking indictment of the games media's fact-checking skills or a willful disregard of facts for the sake of having an impressive headline.

Speaking to GamesIndustry.biz, Kulina said: "This is purely unconfirmed market speculation that is making the rounds," he said. "I am not the source of this story in any regard. And not sure who quoted me as I didn't speak with anyone over the phone (unless someone saw a trading note that I wrote)."

Sue Chang and Chris Matthews, the authors of the MarketWatch piece, said that this trading note was their one and only source for their story.

"The stock shot up at the start of trade today to lead the S&P 500 and I was simply looking for plausible explanations," Matthews told GI.biz.

"Joel's in a good position to know what's moving individual tech stocks, even if they are just rumours. In terms of timing, [Take-Two] stock was well up before his email went out, so it was not his dissemination of the rumour that sparked the move."

If a sale price is anything close to that $13.5bn figure, it would make it the largest video games company acquisition ever, putting it well ahead of Tencent's 2016 purchase of Clash of Clans firm Supercell, which the Chinese tech and entertainment giant splashed out $8.6bn for.

While we have no doubt that Sony has the cash to buy Take-Two, the question remains of whether the PlayStation giant would want to buy the company.

Take-Two does have a very diverse and future-proofed business. Obviously, there is the behemoth that is Rockstar Games, which has solved the 'issue' of having infrequent releases with online services that generate absurd amounts of cash between tentpole launches, which could honestly make a purchase worth it alone.

Then there's 2K Games, which boasts a plethora of valuable IP, including Borderlands and BioShock, in addition to its NBA 2K sports franchises. That last series has proved a global success, with a China-specific version doing the numbers in that region.

Oh, and after years of steering clear of the mobile games market, Take-Two bought in with Spanish studio Social Point.

All of which is to say that Take-Two has a diverse portfolio of IP as well as businesses in many different regional and hardware sectors. But the cost of this is, well, far too high. For context; Microsoft bought six studios in the 2018 calendar year and set up a seventh in Santa Monica, hiring some top talent to head it up in the process. On The Big M's 10-Q quarterly report with the US Securities and Exchanges Commission, it says it completed 11 acquisitions - on top of the $7.5bn it paid for GitHub ($1.3bn in cash, rest in equity) - for $959m. The firm notes that these were largely cash deals. That means that it bought six studios and five other companies for less than $1bn.

When you put that next to whatever figure Take-Two would cost, it's a different league for Sony. Microsoft's spending spree was also to compensate for its historically weaker roster of first-party studios. At the time of writing, both the Xbox and PlayStation firms boast 13 owned-developers each. Whether Sony is content with that or if it wants to push ahead of the competition remains to be seen.

Then there's whether Strauss Zelnick and the rest of the Take-Two top dogs would want to sell. Unless there's a huge pay day, there's little reason for Zelnick and co to part with the company, especially with titles like Grand Theft Auto bringing in huge amounts of cash via on-going spending in online modes.

Either way, we'll surely find out more about Sony's acquisition strategy as the PlayStation firm opens about its plan for the next console generation in the near future.