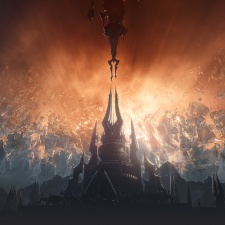 Games giant Blizzard is putting the smackdown on players multi-boxing in World of Warcraft.

This is when a single user has multiple versions of the game open at a single time in order to farm resources in an online game faster. In an update on its website, the firm is trying to stop people using third-party software to broadcast inputs to multiple instances of the game.

Blizzard is already issuing warnings to those playing World of Warcraft in this manner.

"As World of Warcraft has evolved, our policies have also evolved to support the health of the game and the needs of the players," the company wrote.

"We’ve examined the use of third-party input broadcasting software, which allows a single keystroke or action to be automatically mirrored to multiple game clients, and we've seen an increasingly negative impact to the game as this software is used to support botting and automated gameplay. The use of input broadcasting software that mirrors keystrokes to multiple WoW game clients will soon be considered an actionable offense. We believe this policy is in the best interests of the game and the community.

"We will soon begin issuing warnings to all players who are detected using input broadcasting software to mirror commands to multiple accounts at the same time (often used for multi-boxing). With these warnings, we intend to notify players that they should not use this software while playing World of Warcraft. Soon thereafter, the warnings will escalate to account actions, which can include suspension and, if necessary, permanent closure of the player's World of Warcraft account(s). We strongly advise you to cease using this type of software immediately to maintain uninterrupted access to World of Warcraft."