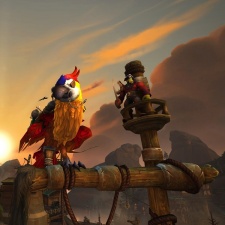 The number of players actively subscribing to Blizzard’s flagship MMORPG hit its highest point since 2014 this August.

That’s according to information released by SuperData, which reports that World of Warcraft earned $161 million last month after the release of its seventh expansion pack, Battle for Azeroth. That figure omits pre-sales of the expansion in the months leading up to release.

Battle for Azeroth didn’t waste any time in smashing other records for Blizzard, though. Last month’s release quickly became the fastest-selling World of Warcraft expansion to date, with 3.4 million copies sold within 24 hours.

But elsewhere in the MMORPG space, the situation is less favourable. Wildstar developer Carbine Studios, which modelled much of its game after early versions of Warcraft, was shut down by publisher NCSoft earlier this month.