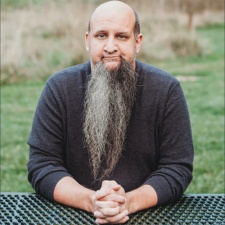 Some have compared Xbox Game Pass to subscription services in other mediums like Netflix or Spotify, but Microsoft does not see its offering that way.

Speaking to Inverse, Xbox director of program management Jason Ronald (pictured) said that the Big M had different objectives in its offering. He said that Microsoft's aim was to make the video games medium more accessible, though he does not say what Netflix's dreams were. Streaming services like Netflix and Spotify likely aimed to make a wider variety of content available without users having to resort to piracy, though.

"To be compared to somebody like Netflix is flattering, but we think about it differently," Ronald said.

"It really comes down to how can we find new ways to get more people to enjoy the art form that we all love. Plenty of people prefer physical media, and we support that with Xbox Series X. Then you look at something like Game Pass, which gets people trying and playing more games. Maybe you're new to a franchise, or have limited funds to devote to entertainment. With Game Pass, we eliminate that barrier. That's what we're really focused on — how do we reduce barriers so more people can find and play games they love?"

As of September, Xbox Game Pass boasts 15m users, a 50 per cent increase from April of that year.