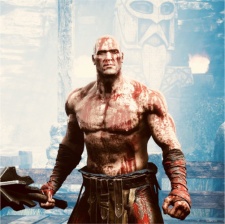 That's according to GamesIndustry.biz, which reports that these firms have been added to a lawsuit Ragnarok filed last year against former employees of Rune II developer Human Head. That studio was closed down in November of last year after Rune II was finished, with Bethesda snapping up the staff to form a team called Roundhouse Studios.

Ragnarok has accused ZeniMax of forming this new studio within two weeks of Rune II's release and snapping up Human Head's equipment and leases. It also says that Roundhouse staff withheld the game's source code and that trade secrets might have been on the tech that the new firm took with it to the new studio. Ragnarok received the Rune II source code in January of this year.

"In an act of utter bad faith and contractual breach of confidentiality requirements, Human Head secretly provided Bethesda and ZeniMax with 'keys' that permitted it to play a confidential, pre-release version of Rune 2," Ragnarok wrote in its filing.

"This enabled Bethesda and ZeniMax to see for themselves the threat that Rune 2 posed to their hit franchise, Skyrim/Elder Scrolls."

Bethesda and ZeniMax were, of course, acquired by Microsoft for a cool $7.5bn in September of this year. Whether this has anything to do with Ragnarok adding them, and their first-party Roundhouse Studios, to this lawsuit is not clear, but the timing is curious.