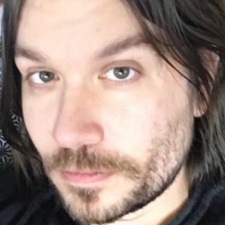 The studio behind the original Prey Human Head has shut down.

That's according to GamesBeat, which reports that just days after releasing Rune II on PC, the developer is being closed. It's not all bad news, though, with Bethesda hiring the team to set up a new studio called Roundhouse Studios.

“Sadly, we had to wind down the business of Human Head Studios and close its doors, which was particularly devastating due to the passion and creativity of the team we’d assembled,” creative director Chris Rhinehart (pictured) said.

"We reached out to our friends at Bethesda for help, and they saw that same creativity and passion in our team. With the formation of Roundhouse Studios, Bethesda offered every employee of Human Head a position at the new company. We are excited our team will remain together, pursuing the work we love, as part of a company we already know and admire.”

Rune II will be looked after by publisher Ragnarok Game LLC, though the company says it has no idea that Human Head was being closed.

“Yesterday, we successfully launched Rune II onto the Epic Games Store and the game’s demand has exceeded our expectations,” the company said.

“First and foremost: We love this game, and we will continue to support Rune II.”

Bethesda sets up shop in Russia

The Elder Scrolls 6 will launch "years from now"