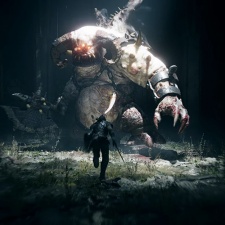 PlayStation maker Sony Interactive Entertainment has said that its remake of the cult classic Demon's Souls is not coming to PC.

The platform holder told PC Gamer that this was the case, after a trailer for the title was published saying that the game was a console exclusive for its PlayStation 5 and that it would be launching on PC, too. That video has been pulled offline, in case you were wondering.

Sony showed off the new trailer in its PS5 marketing broadcast yesterday (Wednesday, September 16th), revealing after the livestream that the title was going to be available for its new console when it launches in November. The remake is being handled by Bluepoint, best known for touching up classics like Shadow of the Colossus for modern hardware.

Earlier this year, PlayStation 4 exclusive Horizon Zero Dawn came to PC alongside fellow Sony-published title Death Stranding, which was handled by 505 Games. This led to speculation that Bloodborne and Persona 5 were also coming to PC after Amazon France listings for the titles appeared before Sony said that this was not the case.

Demon's Souls was originally launched for the PlayStation 3 back in 2009 and 2010, depending on if you lived in Japan and the USA, or Europe. Despite FromSoftware's title less-than-stellar reception on its release, the title built up a cult following. In 2011, the studio launched a spiritual successor called Dark Souls, which has had a huge impact on the games industry.