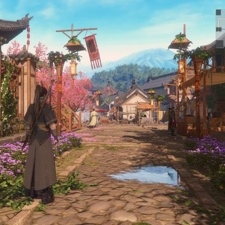 That's according to Niko Partners' Daniel Ahmad, who revealed the figure on Twitter (below). He also pointed out that 85 per cent of the reviews for the title on Steam are positive.

The title was developed by Aurogon Info & Tech and launched in December 2018. Originally it was released in Chinese, but Gujian 3 received English subtitles in an update released in November 2019.

As shown by SteamSpy – so take with a pinch of salt – sales of Gujian 3 skyrocketed following this tweak. At the time English subtitles were rolled out, the title had sold around 280,000 copies.

Gujian 3, a singleplayer RPG game developed by Aurogon Shanghai, has sold over 1.3m copies. This makes it the best selling game in the series which is set in a fantasy world based in Ancient China.

85% of reviews for the game on Steam are positive.https://t.co/CxsnGNHsvQ pic.twitter.com/6YiQKYwKIu