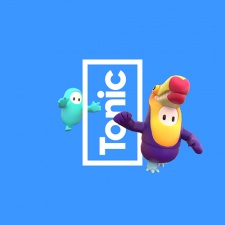 The news was revealed in a blog post from co-founder Dave Bailey, with this new entity comprising both Mediatonic, as well as some of the startups that it had incubated in Irregular Corporation and Fortitude Games. Bailey said that Tonic Games Group would "support and accelerate" what these outfits can do.

"Having built up a team to support our group companies, we’re now taking the final step in this process by officially creating Tonic Games Group with its own identity and clear values as we embark on a new chapter of growth," Bailey wrote.

"Tonic Games Group will support and accelerate what we can do at Mediatonic, Fortitude and The Irregular Corporation. With 2 billion people playing games worldwide, it’s an exciting time in games and we’re excited to explore new audiences, to deliver new stories and experiences to the myriad of people who play across the globe. Tonic Games Group means that our development teams can focus on being creative, on experimenting and pushing the bar; and our publishing teams can seek out even more weird and wonderful titles to delight players everywhere.

"Here at Mediatonic we’re excited to be a part of the Tonic collective and look forward to continuing to collaborate and delight players with everything our Group has been working on."

Mediatonic was founded back in 2005 and is best-known as a work-for-hire studio behind the likes of mobile title Gears Pop!, but the company also works on its own IP, such as visual novel Hatoful Boyfriend and Fall Guys: Ultimate Knockout.

The Irregular Corporation is the company behind PC Building Simulator.