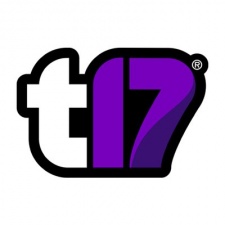 UK publishing label Team17 has said that it has seen increased demand for its back catalogue titles.

In an update on its investor relations page, the firm said that its older titles had outperformed themselves during the COVID-19 coronavirus lockdown compared to its expectations before the viral pandemic took the world.

Team17 has also seen increased sales and playtime in its more social titles, such as Works, Overcooked and Golf with Your Friends.

The company says that it is talking to more developers now than at any point in its history and is forming new relationships with studios in Mexico and Russia for the first time.

"Despite the challenges generated by C-19 we are delighted with an excellent start to FY2020 and, as previously announced, we have a solid pipeline of new releases weighted towards the second half of 2020," the company said.

"We have more games in development across our label than at any time in our history, including owned IP and are engaging with more partners seeking to have their games be part of our label and continue to see more new gamers playing our games and franchises during C-19.

"Gaming has historically shown good resistance in uncertain economic situations; however, we are in unprecedented times. We have started to see the unusually high levels of demand during April and May returning to a more normal level. C-19 has proven the resilience of the business during this period, however, there clearly remains a degree of uncertainty as to the longevity and socio-economic effects of C-19 on our markets. This, combined with next generation consoles and new IP launches across H2, creates a more unpredictable backdrop to maximise the best commercial opportunities for each game both digitally and physically."

Team17 has also completed its acquisition of Yippee Entertainment, which it announced in January. Back in April, the company reported a 43 per cent increase in revenue for the year ending March 31st, 2020.