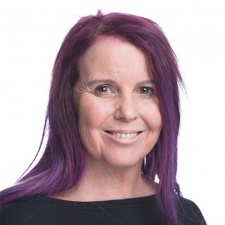 British indie games label Team17 is on the hunt for both studios and IP to snap up.

That's according to CEO Debbie Bestwick MBE (pictured), who told GamesIndustry.biz that the publisher has a hit list of companies it is interested in buying. The Team17 boss, however, said it isn't in a hurry to acquire just anyone.

"We won't be rushed into anything," she said.

"We are building the business that we want long term. What is important for us is additional resources. We have a target list, and we're looking at them in terms of studio acquisitions. Where it is quite interesting from that side is that they're not just going to be on work-for-hire projects, but they'll be working on new IP. We are investing in our internal new IP as well."

This news comes as the firm released its financials for the six months ending June 30th, 2019, reporting that it brought in revenue of £30.4m ($37.5m) for the first half of 2019. That's a 97 per cent increase year-on-year, with Team17 saying this is in part due to it having a busy release schedule for the first half of the year.