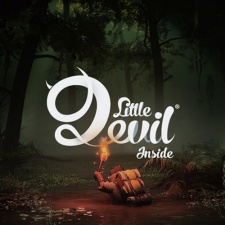 The developer of Little Devil Inside Neostream has said it will be making some changes to the game after people questioned some of its character design.

The title was shown off during the PlayStation 5 reveal event, with many pointing out a rather stereotypical and racist depiction of tribal people. These characters sport dreadlocks, as well as very defined red lips in a rather old stereotype.

As reported by Kotaku, the studio apologised in a post on Facebook to say that they were going to tweak – or potentially redesign entirely – these characters.

"Racist stereotypes of any kind were absolutely not intended, we were not aware of the stereotypical connotations and wish to apologise to anyone who may have been offended by the character design," Neostream wrote.

"In addition, no one (not just limited to team members) has ever commented or hinted on the character designs. However, these characters have not been revealed publicly elsewhere prior to the event.

"The design intention was to create characters who are protectors/guardians of a particular mystic region in the world of Little Devil Inside. We were not producing character designs referenced on any real African and/or Afro-American human tribes.

"The focus was on creating colourful masks and our designers were researching masks from all various cultures. As characters in the game, they move in groups and use blow darts that paralyse when hit. We wished to add character to the mask design and give it life to it - something like the little Kakamora characters in Disney's Moana.

"However, regardless of our intentions, if any people were offended in any way, we sincerely apologise.

"We will be making the following fixes to the current characters but if it ends up not being suitable to the game as a whole, we may change the design entirely.

"1. Remove the Dreadlocks.
2. Change the bold lips.
3. Change skin tone.
4. Tweak the dart blower so it looks less like a joint."

Fair play to the studio for responding to criticism and addressing the points of concern. Neostream does say that this is its first game and that it is potentially "quite naive" in some areas. This story does speak to the need for greater diversity within the games industry.

Staff speak out about systematic sexism, racism and abuse at Twitch