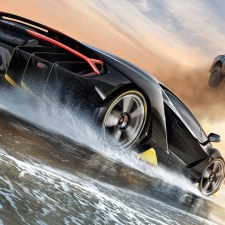 The developer behind the Forza racing series Turn 10 has banned the Confederate flag from its games.

In a post on Twitter (below), the series' support account said that the Confederate flag was now classed as "notorious iconography", joining symbols including Swastikas, SS runes, Wolfsangel and the Arrow Cross. Turn 10 has stopped these icons appearing in user-generated content.

Using the Confederate flag in-game will result in a ban. This follows a cultural re-examination of symbols and iconography in culture due to the Black Lives Matter movement. The Confederate Flag has recently been banned from NASCAR due to its association with the American Civil War, during which the southern Confederate States succeeded from the United States for four years over the ban of enslaving black people.

Staff speak out about systematic sexism, racism and abuse at Twitch