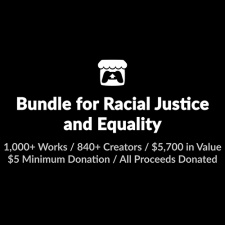 Indie games storefront Itch.io is closing in on the $5m goal for its Bundle for Racial Justice and Equality.

The offering has raised $4,610,390.81 at the time of writing, which is going to be donated to the NAACP Legal Defense and Educational Fund, and the Community Bail Fund, split evenly 50/50.

428,615 people have bought the bundle, spending an average of $10.75 on the deal. Consumers can spend what they want on the offering, with a minimum price of $5.

Within its first few days in the wild, the offering had raised more than $2.3m.

You can check out the Bundle for Racial Justice and Equality right here.