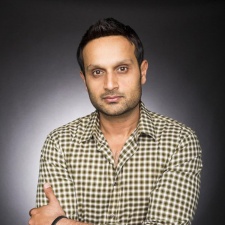 League of Legends and Valorant developer Riot Games has said that it will be giving $10m towards companies founded by minorities.

In a post on Twitter (below), the company's president Dylan Jadeja (pictured) said that it was giving this sum through investments and startup programmes. That's on top of the $1m that the studio is donating to social justice causes, starting with The Innocence Project and the American Civil Liberties Union (ACLU).

"The murder of yet another unarmed black man has ignited a national outcry for justice, not only for George Floyd, but countless others in the black community who are dying at the hands of a system that they are supposed to be able to trust," Jadeja wrote.

"Like many other companies with the ability and responsibility to accelerate progress, and to make it a reality, we have a part to play and it is on us to do more."

Riot is one of many video games companies to voice their support for the #BlackLivesMatter movement and one of a few that has put its money where its mouth is. Others include Humble, which has pledged $1m to publish games by black developers, while adventure games firm Double Fine has donated $12,000 to anti-racist charities. Meanwhile, indie games storefront Itch.io has raised more than $2.3m for #BlackLivesMatter causes.

Many are calling on Riot to deal with the racism present in its own games. Some players even now are getting away with having racist names and spouting hate speech in chat. Both EA Sports and Call of Duty studio Infinity Ward have said they won't tolerate racism in their games moving forward.

If you want to see how you can help the #BlackLivesMatter cause, you can read more here.

A note from Riot’s President Dylan Jadeja on the commitment to drive change. https://t.co/DdBaub6oyz pic.twitter.com/pMnjdGl6du