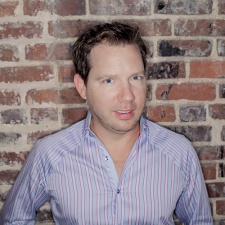 Games development vet Cliff Bleszinski has said that part of the reason why Lawbreakers failed was due to its publishing deal with Nexon.

Speaking on Gary Whitta's Animal Talking show, Bleszinski said that fellow Boss Key co-founder Arjan Brussee observed that while the studio got a good deal out of partnering with the Korean firm, it may have made more sense to team up with a more established player. Brussee left Boss Key to join Epic Games at the end of 2017.

"Arjan made a comment to me as the studio started to slowly unfurl where he made the point that we had a great deal with Nexon thanks to our agents and our lawyers," Bleszinski said.

"He realised that a deal that wasn't quite so amazing with an Activision or an EA – the old school guard – may have made more sense than having this amazing deal with this Korean company. At the time, Nexon US seemed to really not have any idea what they were doing. It was a bit of a revolving door. The marketing plan would change, I'd get a new PR person all the time. We were doing all the community engagement with Rohan, who is now at Epic. I would have had a less great deal in order to actually have the game get marketed properly and get eyeballs. I can throw blame everywhere I want to, but inevitably I would not be CEO and I'd just go back to being the main creative."

Bleszinski described his experiences at Boss Key as "the best of times and the worst of times." The studio closed in May 2018 after a less-than-stellar launch for its debut title LawBreakers. Publisher Nexon wrote the project off to the tune of $32.6m.

Since, Bleszinski has said that he is no longer interested in making games. The developer later said that LawBreakers was too political.