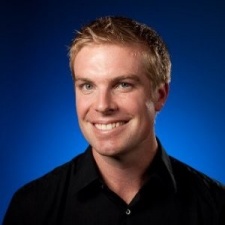 Microsoft has released a brand new app that helps manage how much time people are spending playing games.

As reported by GamesIndustry.biz, a public preview of the new software is available to download on Android and iOS. The latter is limited to just 10,000 users, thanks to restrictions on Apple's TestFlight platform.

The app can manage how much time people spend playing games, as well as enabling filters to block off content and manage privacy settings.

"It's an important and exciting step for us," CVP of Xbox Operations Dave McCarthy (pictured) said.

"This is an area that's near and dear to my heart, and the introduction of this app is just another step in our journey around responsible gaming and giving our players – in this case parents and kids – some added tools that they can use to manage their online experience."

This follows McCarthy saying 12 months ago that while more research needs to be done into the addictive effects of video games, companies also need to take responsibility for keeping their audiences safe. Shortly after, Xbox boss Phil Spencer said that the company was committed to safeguarding its users as cloud streaming tech makes video games open to more people than ever.

Video game addiction was added to the latest edition of the World Health Organisation's International Compendium of Diseases last year under the name 'gaming disorder'.

Xbox: More research is needed into effects of games, but we also need to take responsibility