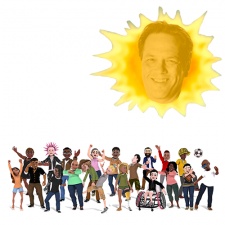 Software and tech giant Microsoft is looking to make sure its games ecosystem is free of the toxicity that plagues this industry in the near future as more people enter.

In a blog post on the Big M's website, Xbox boss Phil Spencer (um, pictured) said that games are for everyone and that no one group can claim ownership of the medium. This is likely a reference to some of the rather aggressive gatekeeping we see in the games community.

The Microsoft corporate vice president went on to make a series of commitments to its audience - that it will be vigilant and quick to take action against people who are abusing platform rules, as well as giving users the power to safeguard their experiences.

Furthermore, the Big M says it will be "working across the gaming (sic) industry on safety measures"

"The gaming community continues to grow rapidly, and the imminent roll-out of new game services such as Apple Arcade, Google Stadia and Microsoft’s Project xCloud, will make gaming available to even more people worldwide," Spencer wrote.

"We invite everyone who plays games, and industry partners, to join us in following these principles to help unify the world and do our part: make gaming accessible for everyone and protect gamers, one and all."