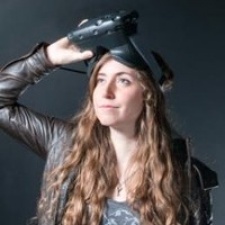 As reported by VentureBeat, Grittins insisted that services such as Xbox Game Pass and Apple Arcade "make a lot of sense."

"This makes a lot of sense, particularly when people are at home," Gittins said.

"They don't have the same opportunity to go to game stores and get personal advice or browse in the same ways they are used to."

Gittins explained that with people being stuck at home, they have a lot more free time, and might have less of an income due to job cuts and employees being put on schemes such as furlough. As a result, it financially makes more sense to subscribe to a service for up to $15 as opposed to spending possibly $50 on one game.

"Getting access to a wealth of games and being able to try which ones that sound interesting and then really dive into the ones they like best is going to be really appealing," said Gittins.

Not only will subscriptions prove valuable to users, but Grittins claimed that developers that have a game being launched in the coming months should strive to build a relationship with companies that have those services.

"Persistence is really the way to go at it," said Gittins.

"As we see more of these subscriptions models rise, persistence will be key in order to get their attention."