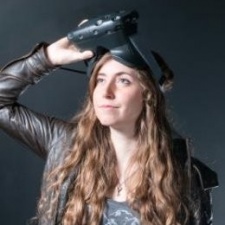 The International Game Developers Association (IGDA) has said that it is hoping to help out developers who have been left out of pocket by the postponement of GDC 2020 due to the COVID-19 coronavirus.

In a statement, executive director Renee Gittins wrote that the organisation was teaming up with the GameDev.World event and fundraiser to help bring in money for companies and individuals who have lost out financially from the San Francisco trade show being canned this month.

"With the effect of COVID-19 on conferences and international travel, many companies and developers have not only lost business opportunities and access to valuable talks, but their critical funds invested in travel, booth space, and passes to pursue these opportunities," Gittins wrote.

"In light of this, the IGDA would like to announce a partnership with GameDev.World to support both affected and all developers worldwide.

"The IGDA is partnering with GameDev.World’s online event and fundraiser to alleviate the financial burdens on developers affected by the outbreak of COVID-19. In addition to providing financial relief, this event will supply education opportunities via free talks about important game development subjects. Attendees across the globe will be able to hone their expertise and knowledge."

The trade body has announced a partnership with mental health charity Take This.

Wings Interactive has also led a fund for developers who have been impacted by GDC being cancelled. The Swedish firm has already raised $76,500.

“The postponement of GDC at such short notice is completely unprecedented, and we’ve been blown away by how quickly the games industry has come together to help independent game developers suffering hardship as a result,” Wings co-founder Cassia Curran said.

“More companies are donating to the GDC Relief Fund all the time, and gamedev.world is moreover launching a fundraiser between March 27th and April 3rd with all donations going to the fund. Our hope is that the GDC Relief Fund will make it easier for individuals and small teams that have been disproportionately impacted to deal with the recent developments.”

GDC 2020 was postponed from its March dates following companies pulling out of the show and San Francisco declaring a state of emergency.

The outbreak also affected PAX East, with several firms deciding not to go to the Boston event. June's E3 is still taking place, according to organiser the ESA.