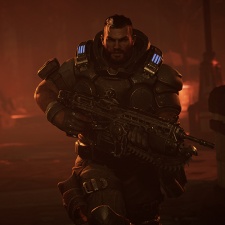 Gears of War developer The Coalition has said that Xbox Game Pass gives it the freedom to not worry about its games topping the Steam charts.

Speaking to VentureBeat, the studio said that Gears Tactics not shooting straight to the top of the Steam charts isn't an issue any more thanks to Microsoft's subscription service. The game is set to launch tomorrow (Tuesday, April 28th) on both Windows 10 and Valve's platform.

“We have certain expectations, and we will measure against those in terms of unit sales,” The Coalition operations director, Mike Crump said.

“But Game Pass just frees us up a little bit from having to be solely reliant on those kinds of metrics for success. … But when we’re deciding whether to make a game or not. It’s nice to have all those different metrics for success and not be tied to just one measure of ‘did you sell a certain number of units at a certain price point or not’ because I think it really allows us to take risks and try things that we wouldn’t otherwise.”

Xbox Game Pass launched for Windows in August 2019 after being announced earlier in the summer at E3.

Microsoft has said that it saw record numbers on Xbox Live, Game Pass and Mixer at the end of March thanks to the COVID-19 coronavirus pandemic.

Gears Tactics has no multiplayer modes or microtransactions