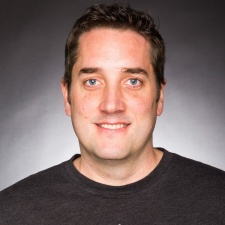 In a post on its website, the company wrote that this new outpost would be both supporting Riot's existing games in addition to working on brand new titles. The Singapore studio is going to be headed up by Nathan Beemer (pictured), who also set up the company's Hong Kong studio in 2016. He remains in charge of both outfits.

“We’ve been blown away by our Hong Kong studio’s performance and that success has encouraged us to continue expanding our presence in Asia,” the company's COO Scott Gelb said.

"As we invested resources in the region, we recognised that launching a studio in Singapore while maintaining a strong presence in Hong Kong will accelerate the development of new games across the entire company. Having multiple studios in Asia will enable us to grow our development teams while ensuring we continue to create awesome experiences for players. We’re looking forward to what the future holds.”

This follows the beta launch of the company's new online shooter, Valorant. That title has been wildly popular on platforms like Twitch, where it has set viewership records. The firm has had problem with cheating in the title, though is working to stop these bad actors.

Riot also teamed up with ESPN for a Valorant esports tournament earlier this week.