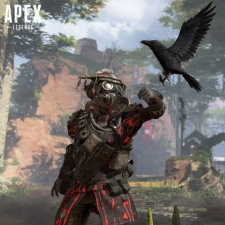 The team behind the Apex Legends Global Series have moved the tournaments online-only "for the time being".

As announced on the website, the events have been moved to this new format due to the coronavirus pandemic.

"As part of a broader 'Stay & Play' initiative, the ALGS team is continuing to shift our events away from physical tournaments to Online Tournaments where players will compete for USD $100K in cash per tournament in addition to ALGS points," said the Global Series team.

"We’re also adding more broadcast coverage of our upcoming Online Tournaments so you can watch with friends online, from the comfort of your home."

Online event No.5 will take place on May 2nd through 4th. Finally, the sixth tournament is scheduled for May 30th-to-June 1st. All of the events have a prize pool of $100,000. The European and North American finals will be broadcasted on YouTube and Twitch.

In January, Blizzard was forced to cancel all of its Overwatch League matches in China thanks to COVID-19. Last month, the American company confirmed matches for the shooter would be held online in March and April.