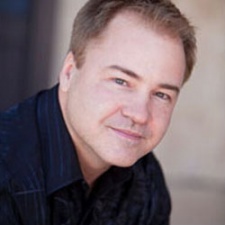 Publisher Electronic Arts revealed the Apex Legends Global Series yesterday with a prize pool of more than $3m. The game is going to be played in 12 events around the globe; some of these are being organised by EA and developer Respawn, with the rest being handled by esports events firms PGL and GLL.

“We expect that esports will play a big role in the future of Apex Legends and it all starts here, with the Apex Legends Global Series. We look forward to seeing who, out of our millions of players, will become true legends of the arena.”

Apex Legends' competitive gaming commissioner John Nelson added: “Apex Legends is one of the most impactful launches in video game history and it possesses immense esports potential. Through close communication with our community, we’ve built an accessible Apex Legends ecosystem where any player can become a potential star while the world watches our unique, entertaining take on battle royale esports.”

Apex Legends was a surprise release that hit the market in February. It attracted players faster than any other free-to-play title ever and appeared to off-set rather disappointing numbers for BioWare's sci-fi online shooter Anthem.

To date, the game has been played by more than 70m people.