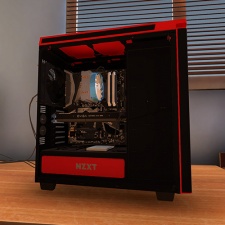 Shipments of PC shot up in Western Europe in the first three weeks of March.

That's according to data firm Context – as reported by CommsBusiness – which says that sell-in was up by 38 per cent year-on-year. This is no doubt due to the COVID-19 coronavirus pandemic which has seen huge numbers of people self-isolating in order to slow the spread of the virus.

This rise was largely driven by business products, likely a sign of people moving to working from home. Sales notebooks rose by 51 per cent while desktops saw a nine per cent increase.

Italy saw a 110 per cent rise in notebook sales, again due to the coronavirus pandemic which has hit the country particularly hard. Spain saw an 87 per cent increase while German, the UK and France saw 52 per cent, 50 per cent and five per cent elevations respectively.

“The present exceptionally strong growth rates are related to the sudden need to migrate employees to home-working and are expected to be temporary”, Context senior analyst Marie-Christine Pygott said.

“Nevertheless, in many organisations, the current crisis is likely to have raised awareness of the economic necessity of providing sound digital solutions, and this is expected to result in increased investment in this area over the longer term.”

Epic puts up $1m bounty for evidence of Houseparty smear