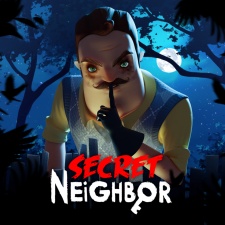 The majority of the game's audience is aged between eight and 16. On top of this, the game has proven most popular in South America, Germany, China, Russia, France and the US.

Hello Neighbor was first released in December 2017. A prequel to the survival horror stealth game titled Hello Neighbor: Hide and Seek, it launched a year after the first game. A multiplayer version – Secret Neighbor – has also been released.

Furthermore, the American publisher and developer revealed it had sold two million books. It has earned $16 million through book sales.

The publisher's CEO Alex Nichiporchik claimed that the landscape for games publishers has changed.

"It stopped being a sustainable business model, the minute the number of mid-size publishers exceeded the number of good games being developed. Instead of focusing on one-off publishing deals, it's better to build strong and entertaining brands.

"That means, a large in-house development infrastructure that can support both internal games and external studios."

Currently, the publisher has 25 games in the works. Last month, the Seattle-based firm opened a new studio in Boise, Idaho.