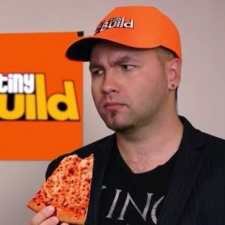 Indie games publisher TinyBuild has snapped up Dynamic Pixels, the developer behind the Hello Neighbor.

As reported by GamesBeat, the studio has been snapped up for an undisclosed sum, but TinyBuild – headed up by Alex Nichiporchik (pictured) – is apparently going to invest over $15m in the franchise. Dynamic Pixels is being renamed Eerie Guest Studios.

Earlier this year, TinyBuild revealed that Hello Neighbor has downloaded 30m times. The publisher is bringing the franchise to TV screens, with a pilot that aired earlier this year being viewed by 11m people.

TinyBuild has also announced that it is bringing Hello Neighbor to the tabletop realm in the near future via a partnership with Arcade Wonders.