Mortal Kombat 9 gets removed from Steam 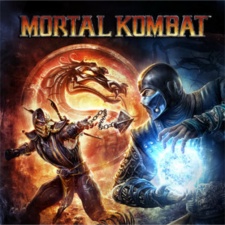 Mortal Kombat 9 has been removed from sale on Steam.

According to VG247, the game's only digital version on the storefront – Mortal Kombat: Komplete Edition – was removed "at the request of the publisher."

Warner Bros. has not given a reason for why it asked for the game to be removed. However, Bloody Disgusting reported in 2019 that the rights to Freddy Krueger were returned to the estate of original creator Wes Craven.

Therefore, the game may have been removed from Steam due to Warner Bros. needing to negotiate the right to include Kruger – the famous villain was introduced to Mortal Kombat 9 as a DLC character.

The latest title in the franchise – Mortal Kombat 11 – was released in April 2019. At the Steam Awards 2019, the fighting game took home the prize for Best Game You Suck At.

Reportedly, the publisher was set to announce new Batman and Harry Potter games at E3 before the event's cancellation.

Mortal Kombat 9 was released in 2011 and was something of a reboot of the bloody fighting game series.

It's not uncommon for games to be removed from digital storefronts, though often this is something that happens across all platforms. Activision is known for taking titles based on licensed IP such as Transformers, Teenage Mutant Ninja Turtles and The Last Airbender from services like Steam, though this is no doubt due to costs attached to licensing someone else's intellectual property.