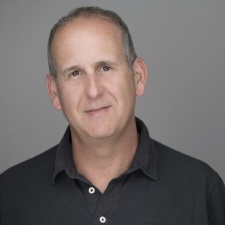 The indie developer behind narrative-focused Erica Flavourworks has now raised £3.5m ($4.5m) in Series A funding thanks to venture capitalist John Goldman.

“Flavourworks has truly positioned itself in the crosshairs of this trend. I could not be more excited to support this exceptional team.”

Flavourworks was set up in 2015 by Jack Attridge and Pavle Mihajlovic, with the studio's first title Erica launching as a PlayStation 4 exclusive title.

“Erica merges the worlds of film and video games in a way that no one's done before,” co-founder Mihajlovic said when Flavourworks landed the initial $3.8m

“Our technology combines the mechanics of traditional storytelling with immersive soundtracks and next-level interactions that let you touch, feel and experience nuanced, interactive stories. This is the first time a game lets you reach out and touch a real, live-action world and have this world react to you in a meaningful way. We’re so excited to be working with our investors to help share these experiences worldwide.”