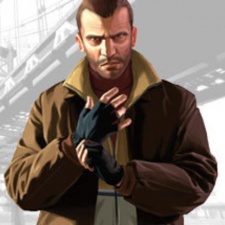 Grand Theft Auto IV will return to Steam after being absent for one month.

It is worth noting that the updated version of the title will be available on Rockstar's game launcher.

For those who already own the games, their save files will be compatible with the complete edition. For the game to return to Steam, the multiplayer mode had to be cut - as were the leaderboards.

Speaking to US Gamer, a spokesperson for Rockstar Games explained why the law-defying title was pulled from Valve's storefront. The games' previous ties to Games for Windows Live was the cause.

"Grand Theft Auto 4 was originally created for the Games For Windows Live platform," said the spokesperson.

"With Microsoft no longer supporting Games For Windows Live, it is no longer possible to generate the additional keys needed to continue selling the current version of the game. We are looking at other options for distributing GTA4 for PC and will share more information as soon as we can."

Last month, it was revealed that Grand Theft Auto V was the best-selling game in both the UK and the US for the last decade. Between May and November 2019, five million copies of the game were sold.