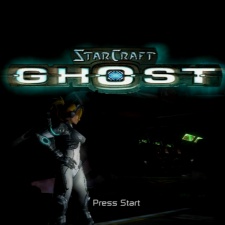 Almost ten years ago, games development giant Blizzard was working on a third-person shooter based on its StarCraft IP called Ghost.

The project was cancelled in around 2005 or 2006 but we can now have a look at what the game would have looked like thanks to a tipster on Twitter – who insists they had nothing to do with the leak – who pointed Kotaku towards footage of Ghost on YouTube (below).

The video is reportedly from an Xbox build running on an Xbox 360 development kit and was uploaded on Sunday, February 16th.

The project was initially announced in 2002 and has built up in the mind of gamers largely owing to the fact that it never made it into the wild.

Blizzard, historically at least, has a reputation for spending years working on projects with concepts that don't work out making their way into the wild one way or another. One famous example is Overwatch, which stemmed from the developer's Titan project. This was an attempt to make another MMO to rival World of Warcraft, but ultimately the venture didn't work out. But it spawned Blizzard's online hero shooter, Overwatch.