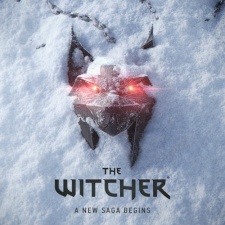 Polish games firm CD Projekt has confirmed that it is working on a brand new entry in its Witcher series.

In a post on its website, the company said that it is creating a new Witcher project which will be built on Epic's Unreal Engine 5. This means that CD Projekt is ditching its own RED Engine, which it has been using for several years now. It's not clear why the firm has opted to use third-party tech, though we wouldn't be surprised if it was due to the technical shortcomings of 2020's Cyberpunk 2077.

Not only is CD Projekt using Unreal Engine 5 for this new Witcher title; the Polish studio is going to be collaborating with Epic "with the primary goal being to help tailor the engine for open-world experiences". In other words, it sounds like this collaboration might serve to help any developer using Unreal for an open-world project.

“One of the core aspects of our internal RED 2.0 Transformation is a much stronger focus on technology, and our cooperation with Epic Games is based on this principle," CD Projekt CTO Paweł Zawodny said.

"From the outset, we did not consider a typical licensing arrangement; both we and Epic see this as a long-term, fulfilling tech partnership. It is vital for CD Projekt Red to have the technical direction of our next game decided from the earliest possible phase as; in the past, we spent a lot of resources and energy to evolve and adapt REDengine with every subsequent game release. This cooperation is so exciting, because it will elevate development predictability and efficiency, while simultaneously granting us access to cutting-edge game development tools. I can’t wait for the great games we’re going to create using Unreal Engine 5.”

Epic founder and CEO Tim Sweeney added: “Epic has been building Unreal Engine 5 to enable teams to create dynamic open worlds at an unprecedented scale and level of fidelity. We are deeply honored by the opportunity to partner with CD Projekt Red to push the limits of interactive storytelling and gameplay together, and this effort will benefit the developer community for years to come.”

Since the reveal of a new Witcher game, comms boss Radek Grabowski has taken to Twitter to offer some clarifications on the announcement. For one, this project is not called The Witcher 4 and it will not be an Epic Games Store exclusive.