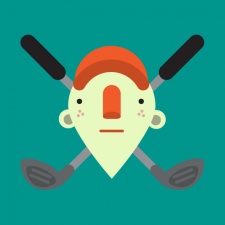 Last week's The Game Awards saw one indie developer decided to cause a little bit of low-key chaos.

At the marketing event, the creative director of What the Golf studio Triband Tim Garbos started rolling golf balls down the aisles. Why did the developer decide to do this? Was it some bold act of protest?

“To be honest, it’s a boring show,” he said, speaking to Kotaku. “We wanted to just have a little bit of fun ourselves.”

He continued: “Ideally, we wanted to go on stage and pass the golf balls to someone who’d drop them because we didn’t put a bottom in the box or something. But that didn’t work out. So we just decided to roll all of them down seats. We were in the nominated seats, so everyone sitting in front of us – people like Hideo Kojima – got hit by the golf balls.”

You can see what was announced at The Game Awards 2019 here.