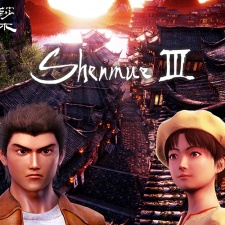 The creator of Shenmue Yu Suzuki says he would like to make a fourth part in his series.

That's according to a letter penned by the developer at the end of Shenmue 3's credits - as reported by VGC - in which Suzuki says he hopes to see his creations in another entry of the game.

Shenmue 3 launched earlier this week on November 19th, 2019, some 18 years after Shenmue 2. It was announced with a crowdfunding campaign at E3 2015 on Sony's stage.

"To all the fans who have waited many years for Shenmue 3, and to all of the crowdfunding backers who have made this game possible: This project would not exist without your love, support, and the connections we’ve made along the way. With profound appreciation for all that you have done, I am happy to finally present to you Shenmue 3," Suzuki wrote.

"During development I expanded the scope beyond what I had originally envisioned. I’m happy we were able to include the distinct “Shenmue” charm throughout the game. I hope that this new chapter strikes even a small resonance in your heart.

"For as long as there are those who wish to see Shenmue live on, I will never give up on my own personal journey to complete its story. As with Shenmue 3, the Shenmue story is with you.

"I sincerely hope that, together, we can continue to spin the tale of Ryo and his adventures in Shenmue 4.

"This goes out to all who