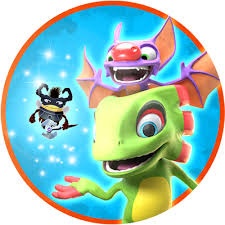 Developer Playtonic Games has denied that it is working on a new Banjo-Kazooie game.

Revealed on Twitter (below), the Yooka-Laylee creator felt the need to squash the rumours after fans believed that Ed Bryan’s - recently hired by Playtonic - bag is proof of a new Banjo-Kazooie title.

The English developer has squashed the rumour that it had been recently acquired, insisting “we remain an independent studio.”

“We wanted to address the speculation currently swarming our mentions,” said the company.

“We hate to be the bearers of bad news that isn’t what you want to hear, but we thought it best to come out and say - we aren’t working on a new Banjo-Kazooie game and we remain an independent studio.

“While we would love to work with the bear and bird again, that ball isn’t in our court.

“With that said, we are keen to continue progressing as a studio, carrying the experience of games we worked on, old and new, to create new characters and adventures for you to (hopefully) love.”

The company is comprised mainly of former Rare employees, the studio behind the much-loved platform title.

A statement from us! pic.twitter.com/nZHqI5GaYe