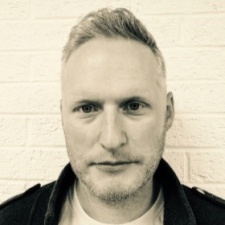 The developer of Yooka-Laylee, Playtonic Games, has opened up a brand new studio in Leamington Spa.

That's according to GamesIndustry.biz, which says that this second site will be able to hold 10 employees. Playtonic's new studio is going to be in 1 Mill Street, where Fall Guys maker Mediatonic was based in the past.

"I've been pushing for a second studio for a while," head of software Simon Gerges said.

"Leamington is a great place to be and it's full of game developers. We want to broaden our reach, without going too far. We want to stretch our reach across the midlands. We've got a number of senior roles that we're looking for, and it would be good to have Leamington as an option.

"We're looking at a hybrid way of working, but we still believe in the power of office working. We have a small office that fits up to ten initially, and we'll see how that goes. It's a really amazing office called 1 Mill Street, where Mediatonic was for a while."

Playtonic boss Gavin Price (pictured) added: "We are going to remain hybrid, which we were before. But we are going to be even more flexible. It's about the task. If it's a task that requires being around people and gesticulating, then go into the office. But if you're working on a task that doesn't require a presence, then don't come in. We are not going to set an arbitrary time or metric about how often you should be in."