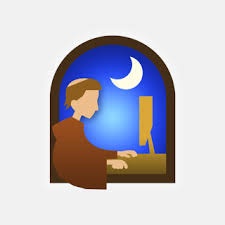 Abbey Games is being forced to “scope down significantly” for the company to survive.

As announced in a forum post, the indie developer will be terminating all employee contracts on December 31st 2019.

However, work for its upcoming title Godhood is still in full swing - its set to leave early acces in the first half of 2020. The studio’s founders will continue work on the game following the discontinued employment of its staff.

During its Kickstarter campaign, Abbey Games promised Godhood would have new content in the coming years, this will no longer be the case as the company doesn’t expect to support any projects except for as its role as publisher.

“Godhood will still launch out of Early Access in the first half of 2020, with a small delay on the current roadmap,” said the post.

“We are still hard at work to make this launch the best we can make it, with our final goal being to expand the game's World Map and replayability.”

The company has been creating religious based games since its inception eight years ago.

“This marks the end of an era of eight years of Abbey Games. We will continue to put in maximum effort on Godhood's launch until December 31st, at which point all employees' contracts will be discontinued," said the post.

“From there the founders of Abbey Games will continue those efforts to deliver the best possible version of Godhood. Abbey Games will also continue as a publisher for all our released games, supporting Reus, Renowned Explorers & Godhood."

Razer shuts down its game store after less than a year

Age of Empires: Castle Siege will shut down in May 2019