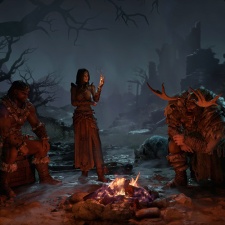 Game developer and publisher Blizzard has said that the recently-announced and upcoming Diablo IV is going to try to recapture the feeling of fan favourite Diablo 2-.

Speaking to Polygon, the game's executive producer and co-founder of Blizzard Allen Adham said that the new title's dark tone was an attempt to take players back to what is widely believed to be the best in the dungeon crawling franchise to date.

“When we read about what our players want — and have read over the last 20 years about what they’ve enjoyed — it’s a very common recurring thing that Diablo 2 is held up as sort of the high watermark for tone and lore,” he said.

"We agree. And so it was kind of exciting for us to think about, going back to that darker time.”

Art director John Mueller added: “Every time you do this kind of numerical sequel, you have this opportunity to kind of recast the die a little bit. And we felt like for this iteration, Diablo 4, we were really excited to kind of explore the darkness.”

Diablo IV was announced at Blizzcon 2019. This followed Blizzard's fan convention the year before which saw a new entry in the franchise announced... though it was a mobile game, so of course, it was met with a serious backlash from the community.