Report: Valve and Apple teaming up on AR device 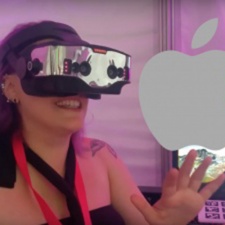 It would seem that Steam firm Valve and iPhone maker Apple are collaborating on a new augmented reality device.

That's according to DigiTimes - as spotted by MacRumours - which reports that the phone and tech firm is working with the Bellevue PC giant on a new AR head-mounted display which is set to launch in the second half of 2020 at the very earliest.

It's unclear what the division of labour is here, but it does follow Valve launching its own Index VR headset after initially teaming up with phone and tablet company HTC for 2016's Vive. Valve and Apple previously collaborated on bringing VR support to the later's MacOS.

Both companies have their fair share of experience when it comes to both hardware and software, but Apple is likely looking after the physical side of things while Valve might be handling quality of life and software.

A patent filing from earlier this year lead many to think that Apple was working on a VR or MR headset.

Report: Apple wants to launch an AR and VR headset by 2020