Riot Games CEO claims Project A will be a tactical shooter 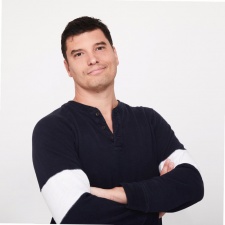 Riot Games has confirmed that its newly-announced Project A will be a tactical first-person shooter.

According to The Loadout, CEO Nicolo Laurent (pictured) insisted there will be a key focus on gunplay in the recently announced project at the League10 event in London.

Riot announced multiple new titles during a special livestream to celebrate the tenth anniversary for League of Legends.

“Project A is a tactical shooter. It’s very lethal, and it’s very tactical. You’re going to have very limited windows to use your abilities,” said Laurent.

The new game will not be set in the land of Runeterra, the realm that Riot’s other titles - namely League of Legends - takes place in. Rather, Riot has chosen to take Project A in a new direction, distancing it from the company’s other IPs.

“We understood that forcing League of Legends champions into the shooter game wouldn’t make a lot of sense,” explained Laurent.

“It’s a tactical shooter, so everyone has to have the same hitbox and the same weapons.”

Laurent continued: “We can’t have Pantheon leaping from the sky and causing havoc, because the focus needs to be on the gunplay.

“In the end, it made more sense for us to create a brand new IP instead.”

Riot Games’ new card game Legends of Runeterra has already achieved 2.5 million hours in viewership on Twitch. However, it took nine years to develop the game, following changes in the direction of the game and the team creating it.

Besides Project A, the League of Legends creator is also working on a fighting game, dubbed Project L.