UKIE's Twist: Industry needs to step back and keep an eye on evolution of 'gaming disorder' term 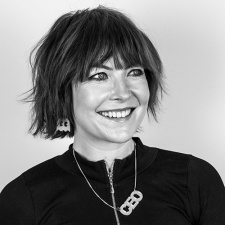 The CEO of UK video games trade body UKIE Dr Jo Twist OBE has said that the inclusion of 'gaming disorder' in the 11th edition of the World Health Organisation's (WHO) International Classification of Diseases (ICD) is part of a wider push to better understand mental health problems.

In an opinion piece for GamesIndustry.biz, the trade body boss said the industry needs to stop being so aggressive and monitor how 'gaming disorder' is used within the science community. Furthermore, Twist said that the industry should continue to do its best to show how video games can help those with mental health issues.

Up until now, the response from video games trade bodies to 'gaming disorder' potentially - and eventually - appearing in the ICD-11 was to reject it on the basis that there wasn't enough research to support its inclusion, while also shouting loudly about how video games are a force for good.

This more nuanced approach from Twist is refreshing, pointing out that games can both be a force for good and that research into potential negative effects isn't the worst thing in the world, is potentially indicative of a more healthy and in-depth dialogue between the WHO, the scientific community and the games industry.

"It's important that we put the term into context, and understand that its use will be part of an on-going debate amongst public health professionals, policy makers and researchers," she wrote.

"As the WHO says on its own website: 'Inclusion or exclusion [of a term within ICD] is not a judgement on the validity of a condition or the efficacy of treatment. ICD is designed to enable healthcare systems to compare and share data in a consistent, coded and standard way.'

"This means that the existence of gaming disorder remains, and will remain, a point of debate for years among health professionals across the world. It is therefore right for the industry to take a step back, watch carefully how the use of the term evolves within the scientific community, and adapt its response as the evidence base is established.

"But the industry should also see the inclusion of the term in ICD-11 as a reminder of the importance of pro-actively showing how games do indeed tackle mental health problems and other overwhelmingly positive experiences. While our focus has been drawn towards gaming disorder, its inclusion was one small part of a wider drive by the WHO to improve the understanding and treatment of mental health globally."

She continued: "We have such an important role in supplementing efforts to resolve one of the defining public health challenges of our age. The gaming disorder discussion will continue among public health professionals for years to come and its impact -- positive and negative -- on mental health will be debated, and rightly so.

"Our ability to reach billions of people, bring them into caring communities, and provide them with choice and control to support healthy and balanced play is something no other creative industry can do. We should embrace that and make sure that we show to society at large just how positive a role games can play in mental health."

Ukie teams up with Sheridans for coronavirus hotline