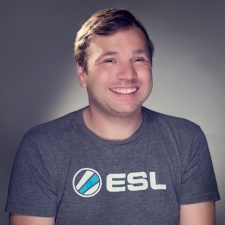 The CEO of esports firm ESL Ralf Reichert has told staff that the company should stay out of discussions around the Hong Kong protests.

That's according to the Hong Kong Free Post, which reports that it has seen messages from the organisation's CEO and co-founder on Slack said that as a global company, it should be abstaining from conversations about Hong Kong's protests for independence from China "especially on social media."

“All of you might have heard [about] the political discussions and strikes surrounding the situation in Hong Kong, China,” Reichert is reported to have written.

“As a global company being active in many countries around the globe, we naturally do abstain from political discussions and setting the best example by living our values.

“Therefore, we would like to suggest to not actively engage in the discussion, especially on social media."

A spokesperson for ESL has said that employees are not being stopped from discussing the issue, but they should be done on "private" social media.

“Mr. Reichert’s internal message on Slack was a reminder to ESL employees about the general social media policies that have been in place for many years; that we do not use ESL’s brand or platform for personal political statements, and to show respect for colleagues with views different than our own,” the company said.

This follows ESL partnering with Tencent-backed Chinese streaming firm Huya in September, with the video outfit buying $30m in shares in the esports company.